Use Virtual Private Networks For Internet-TV

How To Use Virtual Private Network Apps To Watch Internet-TV

This is how to use a virtual private network (VPM) for watching TV on any device when traveling internationally. Or if you live outside the USA, this may be a necessary strategy to access all the news, special interests, media, education, religious content available online. Go to web sites that you wouldn’t ordinarily be able to reach using a VPN. You have a tool to protect the identity when you stream TV on the open internet.

What is VPN or Virtual Private Network?
What Can It Do On My Phone?

Firstly, a VPN secures your web traffic and protects against bots, spies, and anyone else who wants to steal, damage or monetize data harvested from your internet service provider or public wifi.

What Does a VPN Do?

A VPN creates a virtual encrypted tunnel between you and a remote server operated by a VPN service. With a VPN, your computer appears to have the IP address of the VPN service’s server, masking your identity and location that is provided by your internet service provider.

All your internet-tv streaming is routed through this tunnel, so your data is secure.

If you connect to that same public Wi-Fi network using a VPN you can rest assured that no one on that network will be able to intercept your data, not strange users looking around for possible victims, nor even the operators of the network itself. It is particularly important to know it’s very difficult to tell whether or not a Wi-Fi network is what it appears to be. It’s very easy to put up a private wifi connection that displays a fake name you would think was a legitimate business.

Is there some regional impediment to your free and complete access to all the information the internet provides? Go to web sites that you wouldn’t ordinarily be able to reach using a VPN. This works because it operates under the law of another country. So you have your web traffic securely tunneled through a different nation. You have a tool to protect the identity when you connect to the open internet.

Many client apps will run a VPN over your smart device, iPhone, tablet or laptop. If you have a modern computer that runs Windows10 then it is already an app capable computer. Search your computer first for “VPN” to see if it has an app already installed. If not, don’t try to change any VPN settings you find because that is just for linking computes you know and already have access to, like a home office.

If you want to, it is possible to set up a VPN but you’ll still need to sign up with a VPN service to make it work for watching internet TV.
VPN client services work basically the same way for both Windows and macOS.

VPN’s can be buggy or tricky to work on a cell phone. This is usually caused by brief connection lapses.
iOS VPN services use different VPN protocols than android or tablet, but function just the same.

Is A VPN Invisible?

Using security tools like VPN apps can ensure that you won’t be an easy victim, or get mixed up with a mass surveillance operation. A daunting amount of effort is needed to intercept cellphone data. However, law enforcement or intelligence agencies will have an easier time than criminals. They gain access to your device metadata (call data, keystrokes and clipboard data,) through ECHELON satellite surveillance operated by the USA.

Other nations also conduct ground and/or satellite based signal surveillance. Technology advances with better VPNs to protect the surfer’s side. Widespread adoption of HTTPS make it much harder for mass surveillance to work on the web site side of the transaction. Secure servers add a wall against tracking bots and unwanted tracking. This is better than simply turning off cookies or deleting them at the close of the browser.
Some VPN companies, such as Private Internet Access, aren’t able to connect any of your personal information to your account information.

Complications From Using A VPN

Netflix hates VPN. Hulu and other major players may also resist compatibility.
While you can see your favorite channels in one country you can’t watch them in another. This is because Netflix has a complex mix of regional licensing arrangements, they resist attempts to use VPN for access. Hulu can also be difficult, thus many live streaming and on-demand internet tv have appeared which work fine over VPN.
The phone you use your VPN app on may interfere with shopping and other apps that want to save data for form data type-aheads.
Online speed will reduce by every server added in line between you and a web site.

Some VPN services are to be avoided, like BitTorrent.
Chromecast and other streaming protocols send data over your local network, but that’s a problem when you’re using a VPN. Those devices look for streaming data from known phones and computers configured to the same network, not an outside VPN server.

For devices like Siri there is no VPN compatibility. For devices can’t run VPNs, the solution for problems is to raise the security a level by installing a VPN on your router. This is not for most people who just get a phone app and broadcast, or LAN link, that browse content to your computer.

Hope this helps you gain full enjoyment of online life.

Please Notice: About All Linked Advertising Websites Outside Of internet-tv.Motiv8ionn8ion.com
These are Third Party Offers. Please let us know if any link you clicked took you to a random or unexpected result by going back and leaving a comment. We are not responsible for their content nor for any agreements you make with them. Please read all offer webpages carefully. 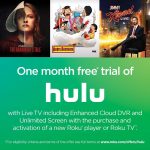 Powered by WordPress and Affiliate WordPress Theme created with SimpleBlogTheme.com